About Steve Irwin: Larger than Life

CRIKEY! It is a word made famous by one man, the Crocodile Hunter, Steve Irwin. A man who lived in his khakis and spent most of his time darting the bite of a venomous snake, wrangling a crocodile, or rescuing an animal in need of help. He had an infectious personality that was saturated with enthusiasm and a love for life and wildlife alike.

Little would he know it, but his "out there" persona and "can do" attitude would have him stirring a crowd wherever he went. His wild antics started from a young age, and having parents that cared for wildlife, it's no wonder Steve's drive for life was fueled from wildlife.

As the host of the Crocodile Hunter, Steve wowed audiences by the millions. He crouched in scorching heat and sloshed in thick mud for one purpose: because he was committed to the survival of all wildlife and their environment. A cut cheek, grazed knee or sliced hand would not slow him down or prevent him from saving as many animals as possible. Especially the crocs, because as Steve said: "Crocs rule!" 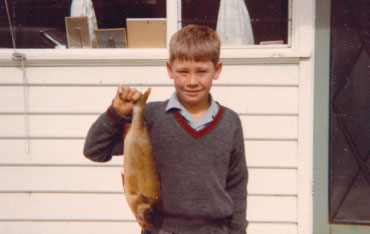 Living in a home housed with dangerous snakes, lizards, injured birds and orphaned kangaroos was the norm for the Irwin family. His mum, Lyn cared for injured and orphaned animals. Steve used to say his Mum was the Mother Teresa of wildlife rehabilitation! There was not a room in their home that did not house a rescued animal of some description. It was inevitable that as Steve grew up, his passion would be for wildlife and the environment because it always came so naturally to him.

In 1970, the family decided to relocate to Beerwah on the beautiful Sunshine Coast, in Queensland. There they began a quaint little reptile park and that’s how it remained until in 1992 Steve and Terri had the idea of taking their passion for conservation to the rest of the world and as the saying goes, the rest is history! Australia Zoo was in the making and the ultimate Wildlife Warriors were about to change how the world understood wildlife conservation. Steve's life was a cocktail of love, passion, enthusiasm and respect for wildlife. His excitement over the most deadly snake or tiniest lizard brought him to the forefront of animal conservation. He set the precedent for making sure his fellow humans cared for and respected wildlife and the environment as much as he did.

Steve changed the world with his extreme conservation efforts and innovative ideas. He was a true blue Aussie bloke whose energy and passion shone through in all he did. Steve's legacy will live on forever. Through fellow Wildlife Warriors, wife Terri and children Bindi and Robert, his conservation work and larger than life personality will endure. 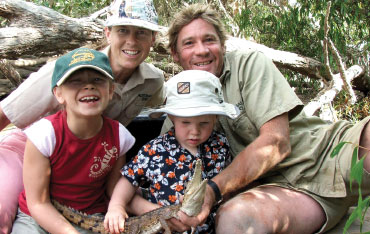 Terri and the kids meant the world to Steve. It all began in 1991 when Terri visited the Queensland Reptile and Fauna Park. Their whirl-wind relationship was an action-packed adventure and on 24 July 1998, Steve and Terri welcomed their little girl, Bindi Sue into the world.

It was evident from the way he held and mentored Bindi, just how much he loved being a Dad. He saturated her with love and affection. She was a Daddy's girl who worshipped the ground he walked on. They did everything together from cooking to surfing.

The next adventure in life came on the 1st December 2003. Robert Clarence Irwin was born and prouder parents have never existed. Often seen with his Dad doing morning rounds of the Zoo on the trusty motor bike, the pair were usually up to something. With a mischievous sense of humour and tonnes of energy Robert is the mirror image of his Dad.